Athletes often have that one thing that fuels their determination to succeed and for women’s marathon world record-holder Brigid Kosgei, it is her difficult childhood.

“When I think back to my humble beginnings and the challenges we went through growing up, I tell myself I cannot go back to that life and it pushes me to do well,” the 25-year-old Kenyan athlete told the BBC.

Four years since running her first marathon, which she won, Kosgei is now the fastest woman in history over the 26.2-mile (42.2km) distance.

Last week in the US city of Chicago, she smashed the record set by Briton Paula Radcliffe in London 16 years ago, by a staggering 81 seconds.

Her two hours 14 minutes and four seconds record was six months in the making – with her coach, Eric Kimaiyo, quietly planning the assault. 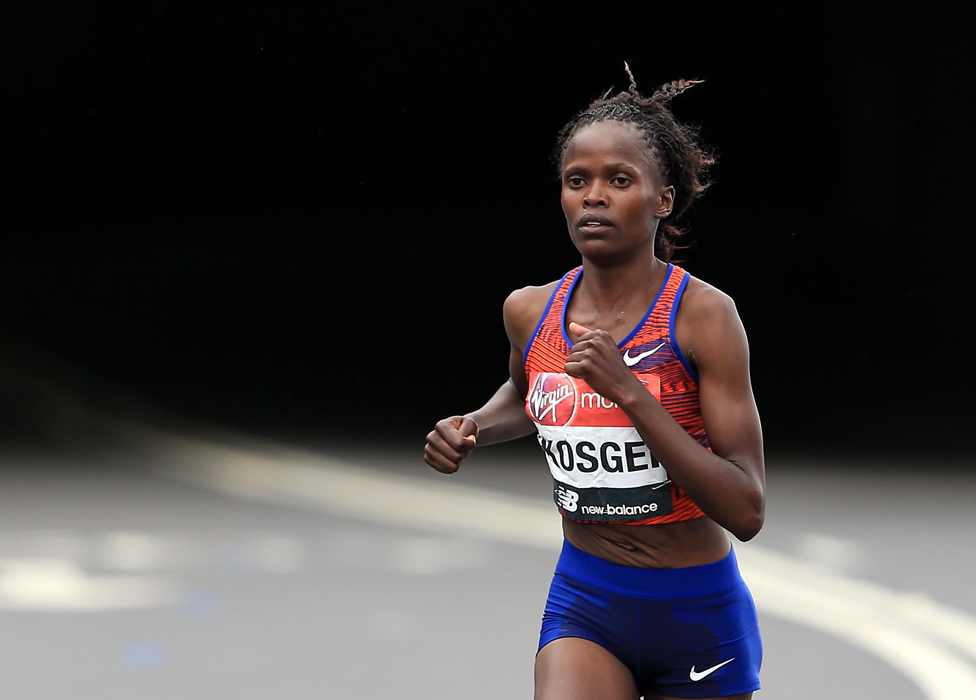 In September, Kosgei opted not to honour an invitation to represent her country at the World Athletics Championships in Doha.

“We asked for her to be excused because we had planned something special but we didn’t speak about it because we didn’t want to put her under any pressure,” Kimaiyo told the BBC.

But her discipline and dedication is something that has always set her apart.

“You could tell she was a very talented athlete even in training, extremely disciplined and competitive, never liked to be outshone in training,” Robert Ngisirei, who coached her while in high school, told the BBC.

She was one of seven children raised by a single mother in Elgeyo-Marakwet county, a region in the Rift Valley known to produce some of Kenya’s top runners.

And like some other Kenyan athletes before her, Kosgei discovered she could run while in primary school, when she had to jog to class in the morning.

“My school was 10km from home and sometimes to avoid getting late I would run. On my way I met athletes who were training and said to myself: ‘I can be like them,'” she said.

She started competing in middle-distance events at school and though she was never selected to represent her country, her talent was never in doubt.

After raising school fees became a challenge for her mother, Kosgei decided to drop out of school in January 2012 during her final year, given that her studies were now coming second to her track training.

“By the time I was in form three, the arrears were over $1,500 (£1,200). My mother tried to convince me to stay on by saying she would borrow the money but I told her: ‘For how long will we keep borrowing?”

Career break to have twins

But now, aged 17, she was able to take her running seriously – something that has repaid her family in spades and pays for all her younger siblings’ school fees.

She began training with her boyfriend Mathew Kosgei, who is now her husband. A year later she took a career break after giving birth to twins.

But motherhood did not dent her determination. In 2015 she picked up where she had left off, this time moving to join a training camp not far from her home, run by her coach.

Such camps in Kenya offer athletes an environment where they can focus on training away from the distractions of everyday life.

For female athletes, the decision to stay away from their families, especially children, is often a difficult one but those who do it usually have good family support.

“My husband told me not to worry – he would take care of the children – and that I should just focus on my career and soon the children also got used to seeing me only on the weekends when I’d return home,” said Kosgei.

‘My mother is very happy’

Within months of joining the camp, she ran her first marathon, in November 2015 in Portugal, romping home in first place, beating the competition by more than four minutes.

Her decision to go into marathon running was informed by the very competitive nature of track events. 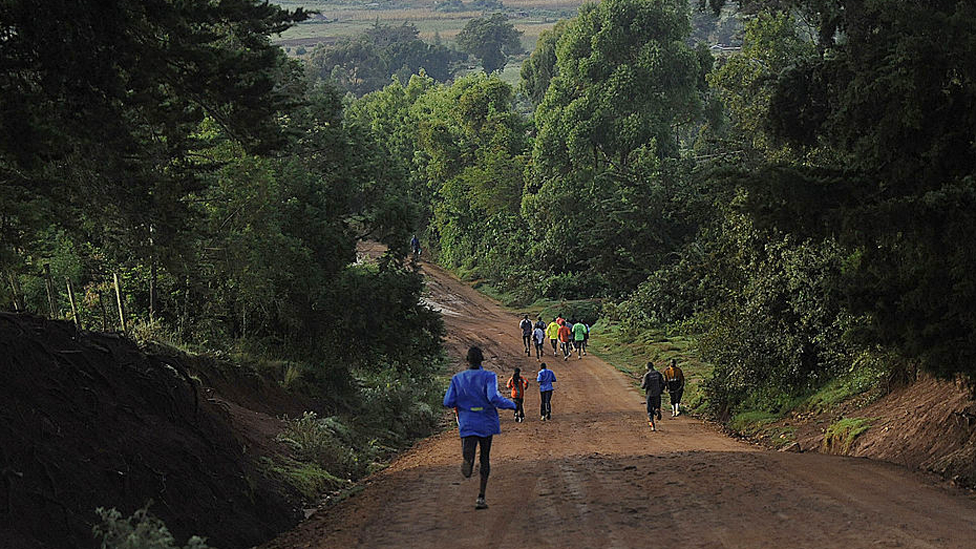 Based on IAAF events

At her training camp there were more marathon runners and it was easier for her to get training partners.

She now trains with her male teammates to improve her endurance.

“It is very difficult training with them because they are very fast but when I want to give up, I tell myself: ‘No, keep moving.'”

Her season is over but she is currently ranked the top female marathon runner of 2019. Next year her focus will turn to the biggest sports event of all – the Olympic Games.

She is now heading back to her home village to visit her mum, for whom she has bought land and a house with her previous winnings, and will spend time with her husband and children.

“My mother is waiting for me to get back home and she was very happy when I broke the record,” she said.

Image copyright Getty Images Image caption Crown Prince Naruhito is Japan’s 126th emperor Japan’s new Emperor Naruhito is set to formally mark his ascension to the Chrysanthemum throne on Wednesday, a day after his father became the first emperor to abdicate in two centuries. In his first act as emperor, he will inherit Japan’s Imperial […]

Media playback is unsupported on your device x Media captionLittle Grey and Little White retire from showbiz in China to a special sanctuary in Iceland. Two beluga whales from a Shanghai aquarium have arrived in Iceland to be taken to a whale sanctuary there. The 12-year-old whales flew halfway across the globe in special containers. […]