Forensic experts will carry out tests on bones found in a house believed to have been the summer retreat of former Paraguayan military ruler Gen Alfredo Stroessner.

Squatters came across the bones when they occupied the property near the city of Ciudad del Este last week.

During his rule, 459 people were killed or disappeared, according to the commission for historical memory.

Gen Stroessner was deposed in a coup in 1989 carried out by another general, Andrés Rodríguez. After being ousted from power, he took refuge in Brazil, where he died in 2006.

Rogelio Goiburú, who heads the commission, says that the remains were found on Wednesday by squatters who were searching the property for buried treasure after they had heard it belonged to the Stroessner family.

The bones were found under a bathroom and are thought to have belonged to four people. 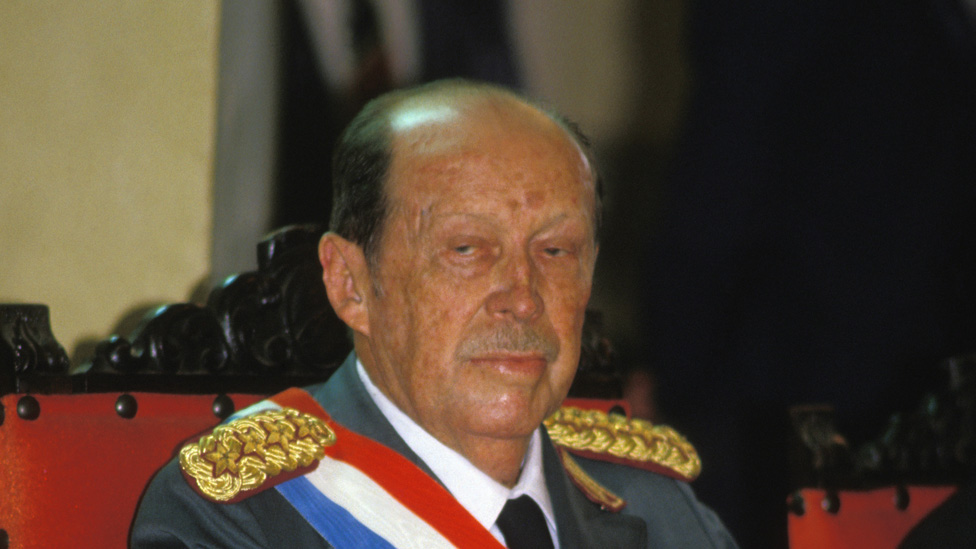 Mr Goiburú, whose own father disappeared under Gen Stroessner’s regime, said that he had in the past heard reports about the property and its possible use as a torture centre, which prompted some to dub it “the house of horrors”.

“There were reports that shouts and cries could be heard coming from that house [during the time of military rule], people begging for their lives, and that there may be many bodies buried there.”

Mr Goiburú travelled there five years ago but without a search warrant was only able to conduct a superficial search during which he did not find anything suspicious.

He told BBC Mundo that the discovery of the remains had raised hopes among those searching for missing relatives. “Even I am going with the hope of finding that my father will be one of those buried there.”

In the three decades since the end of his rule, only 37 bodies of people who disappeared during the dictatorship have been found. And of those, only four have been identified.

Activists also say the current government of Paraguay has not provided enough funding for the search of the disappeared.

President Abdo Benítez is the son of a close aide to Gen Stroessner and has faced criticism for defending the former leader’s record.

Image copyright Getty Images Image caption The captive police officers were paraded in front of a crowd of thousands in Quito Protesters in Ecuador have released ten police officers who were taken hostage amid violent demonstrations triggered by austerity measures. Indigenous demonstrators paraded the nine men and one woman on a stage in the capital, […]

Two winners split a €2,000 prize for deciphering a riddle on a rock on a beach in western France. Source: bbc.co.uk x

Image copyright AFP Three people have died in a plane crash in Nepal, at what is regarded as one of the world’s most dangerous airports. The plane veered off the runway and hit a stationary helicopter at Lukla Airport, the main gateway to the Everest region. x The runway is short and surrounded by mountains, […]