The UK’s 46 million registered voters will soon have to consider who they want their member of Parliament (MP) to be.

But who decides which candidates you can choose from?

What is a parliamentary candidate?

They are usually chosen by a political party – groups of people with similar beliefs who come together to try to win power.

A small number of candidates do not represent a party but stand alone as independents.

The candidates compete against one another for votes in one of the UK’s 650 voting areas, or constituencies.

Whoever wins the most votes in a particular constituency is elected as an MP.

Can anyone become an MP?

Almost anyone can put themselves forward as an MP, which can lead to a crowded field. In one poll in 2008, no fewer than 26 candidates stood for election – many of them as independents.

Candidates must be at last 18 years old, a British citizen, or a qualifying citizen of the Commonwealth or Republic of Ireland resident in the UK.

Certain groups of people are not allowed to stand. For example, prisoners, members of the police and armed forces and judges are excluded.

To get on to the ballot paper – which voters use to make their choice – candidates must complete nomination forms.

They also have to pay a £500 deposit, which is returned to them if they win at least 5% of the votes cast. 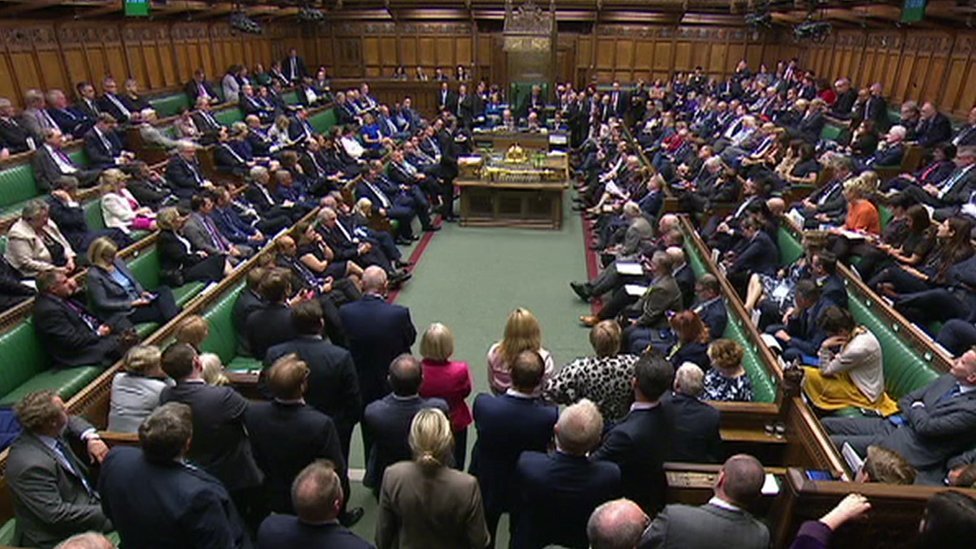 The life of an MP in numbers

Is there a deadline for candidate nominations?

The names of the nominated candidates will then appear on the ballot paper and they cannot decide to withdraw.

However, if a candidate of one of the registered parties dies, the election in their constituency is postponed. This last happened in the 2010 general election.

How do parties select their candidates?

The parties normally have plenty of time to select candidates for an election. All parties currently represented in the UK Parliament follow similar procedures.

First of all, to be nominated, you have to be a party member for a certain period of time, which varies from three months to a year.

Then there are application forms and assessments, with questions about life and political experiences and career.

The parties then draw up centrally approved lists of candidates, which are then put to the local party members for a final decision.

What is emergency selection?

More than 70 MPs are stepping down at this election and it will not be possible to replace all of them using the parties’ usual procedures.

This is because there is so little time to make the decision on new parliamentary candidates before the election takes place.

The parties’ ruling bodies, composed of senior figures, are involved in making decisions about who should stand.

Are UK parliamentary candidates representative of the UK population?

In recent years, all major political parties have changed the way they choose their candidates, to improve the diversity of MPs.

Some have introduced gender quotas, all-women shortlists, or lists of preferred candidates from minority backgrounds.

Although the 2017 Parliament was the most diverse yet, it was still not representative of the UK population.

For example, only 32% of MPs were female and just 8% were from ethnic minorities – compared with 19.5% of the population of England and Wales as a whole.

More than 200 people were on board and will be taken into quarantine in Milton Keynes for 14 days. Source: bbc.co.uk x

Image caption Prime Minister Boris Johnson said he was “appalled” by PC Andrew Harper’s death Ten people have been arrested on suspicion of murdering a police officer killed while attending a reported burglary. PC Andrew Harper, of Thames Valley Police, died at about 23:30 BST on Thursday in Berkshire. x The force said the 10 […]