In the North Atlantic lies a remote group of volcanic islands renowned for their rugged beauty. Increasingly favoured by tourists, the Faroe Islands announced this year they were temporarily closing down parts of the country.

The first thing you discover about these islands, halfway between Norway and Iceland, is the weather.

Monstrous gusts welcome planes as they wobble in to land at picturesque Vagar airport. Step outside the terminal and the power of the wind can almost knock you off your feet.

When the archipelago’s authorities declared they were shutting down 11 popular tourist sites for two days last month, they also advertised for volunteers.

“Closed for maintenance, open for voluntourism,” their video said.

From thousands of applications, 100 people have been selected. Aged between 18 and 75, they have come from 25 countries, including as far afield as Australia.

These “voluntourists” agreed to pay for their own flights and work for two days on selected sites. In return, they are fed and lodged without charge.

On arrival, they are split into colour-coded groups to work with the locals across the 18 islands.

“Brown group” are quickly put to work near the islands’ most important historical site in the village of Kirkjubour, which is home to about 50 residents, on the largest island of Streymoy.

Few among the team of Britons, Norwegians, Danes and Irish have the faintest idea of what to expect.

A 7km (4.3 miles) rocky trail awaits, snaking up into the foggy hills, and with it a full working day of lifting heavy boulders.

By the end of day one everyone in the team is scratched and hurting, discovering muscles they never knew they had.

But for many, there is also a feeling of deep satisfaction and a sense of belonging.

Danish volunteer Casper Abenth came along in search of a challenge, away from his typical office job.

“It was pretty hard work – we’re out in the elements and there’s a lot of wind and there is a lot of carrying heavy stones,” he says.

On the second day, they continue their task of building the rocky trail.

Green group are working a short ferry-ride away across the sea, past fog-covered, rocky outposts, on the island of Sandoy.

They are in Skarvanes, a village with a fewer than 10 residents.

The team, which includes Germans and Americans, is tasked with mending the old cairn path, fixing gates and building steps over fences, or stiles.

Other volunteer groups are busy working on a range of projects including constructing viewpoints to help preserve nature and protect birdlife sanctuaries.

The future for the Faroes?

After two days of hard work, project organisers Visit Faroe Islands tell the volunteers their results have made a “notable impact”, far exceeding their expectations.

“It has been wonderful to see so many faces from around the world come together with local villagers and farmers with one united mission and a ‘roll-up-your-sleeves’ attitude,” says director Guðrið Hojgaard.

A similar project for 2020 has already been announced.

The concept of “voluntourism” itself is nothing new: such initiatives have taken place elsewhere in recent years.

So, is the scheme breaking new ground in responsible tourism or just a clever publicity campaign to get more visitors?

The islanders say the maintenance projects were co-ordinated with them and took into account their needs first.

In some areas plans had to be adjusted not to damage the fragile ecosystem.

“This was something that really had to be done for the locals,” said Sandoy farmer Jacob Martin Debes.

“So, it wasn’t just a PR campaign,” he said, adding that the main beneficiaries of the maintenance projects would be local residents.

The big question now is how to strike the right balance between luring more tourists and protecting the ecosystem and traditional way of life.

The idea of a boom in tourism may seem unlikely as the Faroe Islands – an autonomous country part of the Kingdom of Denmark – are still relatively unknown, even in Scandinavia.

“It can’t be easy to market the Faroe Islands. Because it’s in the middle of nowhere,” said Swedish volunteer Hakan Johansson. 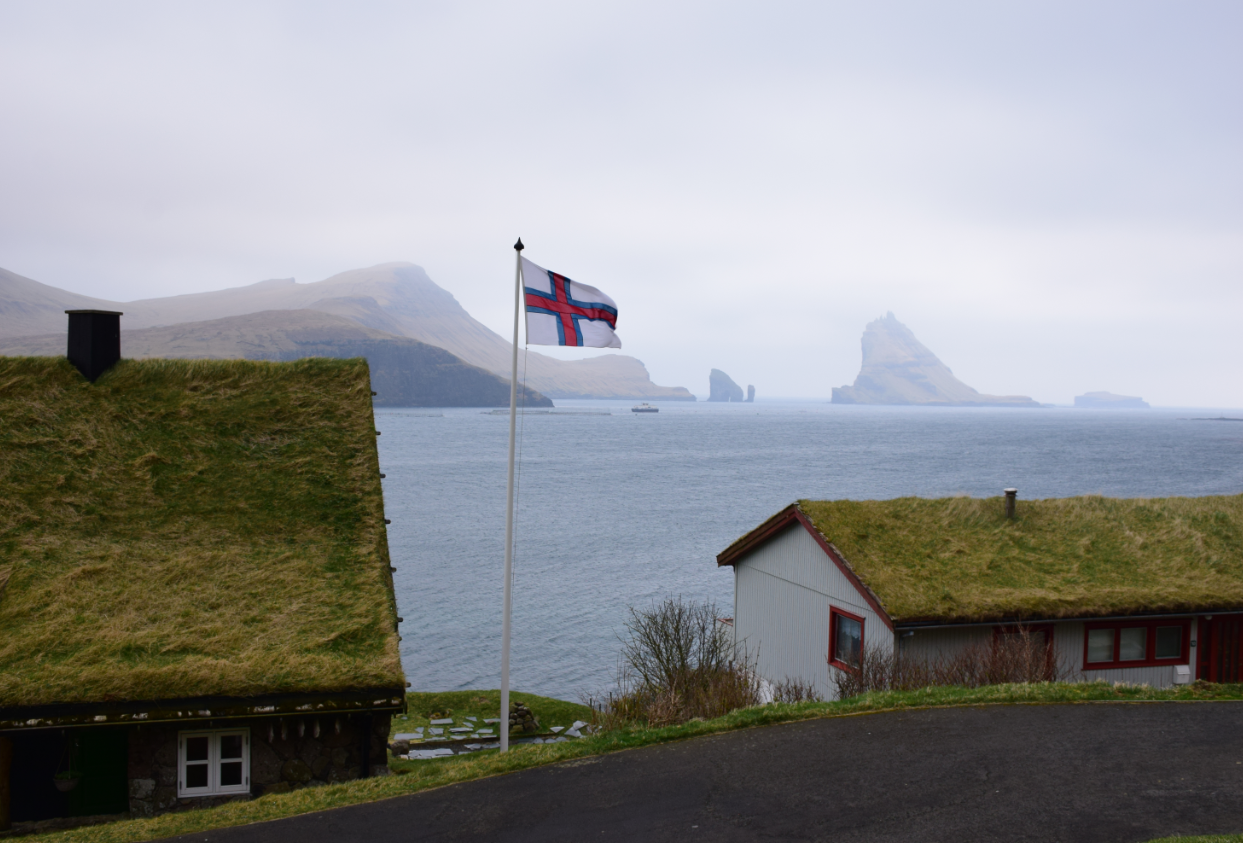 Take the UK – potentially a huge tourist market – where the only direct flights come from Edinburgh and the same difficulties face those in continental Europe.

But change is afoot.

Iceland, seen by some Faroese as a cultural and linguistic big brother, has become a prime tourist destination with more than two million visitors a year.

And there is an expectation that these Nordic islands could follow suit, because of a 10% rise in tourism and 110,000 people visiting in 2018.

“We don’t want to become a new Iceland. We have to keep it the way it has always been here,” one regional tourism representative said.

“We don’t want ugly hotels and apartments taking over our islands. We have to protect the local farmers and their sheep.”

The picturesque capital of Torshavn has a population of about 20,000 and just two hotels, although two more are being built.

For all the Faroe Islands’ big plans, Faroese Prime Minister Aksel Johannesen has made clear he values the “huge responsibility” to look after the community and their environment.

“While we welcome people from all over the globe to experience the Faroe Islands, we also need to preserve and protect what we have to ensure a sustainable future,” he said.

Evidence of rabbits in UK in Roman times, say academics

Image copyright Getty Images Image caption The European turtle dove: Numbers are in decline About 100 bird species are predicted to go extinct based on current farming and forestry practices, according to a new global analysis. This number has increased by 7% over the first ten years of this century alone, say scientists. x They […]

‘Surge’ in illegal bird of prey killings since lockdown

The RSPB says it has been “overrun” by reports of birds of prey being illegally killed. Source: bbc.co.uk x