The former leader of Scottish Labour has said there is a “serious prospect” that Jeremy Corbyn would agree to hold a second independence referendum.

Kezia Dugdale said she believes Mr Corbyn would give consent for indyref2 if he needed SNP support to form a government after a general election.

And she predicted Boris Johnson could “gamble” by holding an independence referendum if he becomes PM.

Ms Dugdale was speaking on her last full day as an MSP at Holyrood.

The Lothians MSP served as Scottish Labour’s leader for two years before quitting in August 2017.

She will take up a new job as director of the John Smith Centre at Glasgow University later in the summer.

Scotland’s first minister, Nicola Sturgeon, has said she wants to hold a second independence referendum within the next two years.

Ms Dugdale told BBC Scotland’s Podlitical podcast that she believed it was increasingly likely that another referendum would happen – but it was less likely Scots would actually vote for independence.

She described Mr Johnson, who is the favourite to succeed Theresa May as prime minister, as a “gambler” who might “roll the dice on indyref2 because he feels like it”.

Ms Dugdale said another likely scenario would be Mr Corbyn having to look to other parties for support if Labour falls just short of winning a majority in a general election. 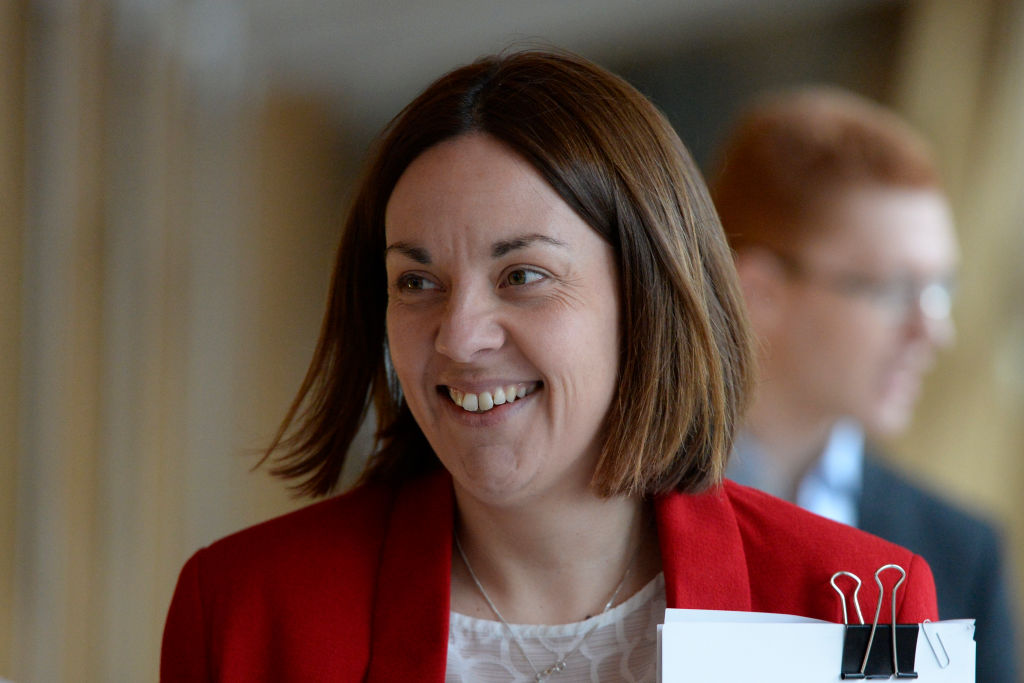 It’s hard to see why (Mr Corbyn) would walk away from power at that moment. I don’t know that to be true, but it’s just my feeling

She said: “I can see a scenario where the SNP go to Jeremy Corbyn and say we will will vote for every one of your budgets in the lifetime of your parliament in return for indyref2.

“At that point the Labour Party has to decide does it appease the SNP and give them indyref2 in order to be in power – or does it give up the prospect of being in power in order to protect the union?”

She said Mr Corbyn would probably choose to “appease the SNP” in that situation.

Ms Dugdale added: “I think it’s a serious prospect, and I don’t say that in any attempt to cause a political drama – although I’m sure some people will perceive it that way.

“It’s hard to see, from my understanding, why he would walk away from power at that moment. I don’t know that to be true, but it’s just my feeling.”

Kezia Dugdale was appearing on the Podlitical podcast, which brings you the latest chat from Holyrood and Westminster through the eyes of BBC Scotland journalists.

You can listen to the latest episode here, or wherever else you get your podcasts from.

But she said Scots would not vote for independence until the SNP was able to work out “credible answers” to questions about the economic impact, including about what currency an independent Scotland would use.

Mr Corbyn has previously said he would “decide at the time” on whether to allow a new vote on independence if he becomes PM.

Ms Dugdale, who wants another referendum to be held on EU membership, has been a long-standing critic of Mr Corbyn and his stance on Brexit in particular.

She is in a relationship with SNP MSP Jenny Gilruth, but dismissed speculation that she could join the SNP or any other party in the future.

She told the podcast: “I’m not going to leave the Labour Party to join any other political party. I’ve devoted my whole adult working life to the Labour movement as a volunteer, as an activist, as a party press officer, as a party organiser as a politician.

“It has been my life and I am Labour because I believe in equality, I believe in the power of the state to eradicate poverty and to create opportunity”.

Labour leadership: Long-Bailey vows to back workers ‘no questions asked’

The Labour leadership candidate says she would support every strike ‘against unjust employers’. Source: bbc.co.uk x

Image copyright UK Parliament Conservative MP Mark Harper has become the 12th candidate to join the race to replace Prime Minister Theresa May. The former chief whip told the Daily Telegraph he was “quite happy to acknowledge that in this contest I am the underdog”. x He faces 11 other candidates, including five current and […]

Image copyright PA Labour can “unite our country” and heal the divisions caused by Brexit, Jeremy Corbyn will say, as he launches his European elections campaign later. Mr Corbyn will say the party backs “the option of a public vote” if a “sensible” Brexit deal cannot be agreed and there is not a general election. […]